Why University Photographer Marie Freeman ’85 remains captivated by even the tiniest flake settling on her pea coat
February 14, 2017
Tweet

To maintain the integrity of the snowflake structure, Freeman took all of the photographs outside. She created a custom wind barrier to protect the snowflake and equipment during snow squalls. She outfitted her camera with a special microscopic lens, which she mounted on a homemade platform that held the camera.

During snowfalls, she used a black cloth to capture snowflakes, which she then individually handpicked, using a pin, to transfer onto a glass slide. She photographed each snowflake individually on the glass slide, lit with LED lights that she mounted around the camera lens. Regular lighting, she explained, would have melted the flakes.

“It was all trial and error, with a magazine deadline looming before me,” Freeman said. “My husband helped me turn my greenhouse into a snow studio so I could get out of the blizzardy winds, and I cobbled together a mount and microscopic lens for the optics. Depth of field is miniscule in that kind of setup and, did I mention, it was freezing cold.”

Freeman said she was inspired by Dr. Baker Perry, Appalachian geography professor and snow guru, after seeing scientific photographs he took for his snow research. “I knew I could get closer images,” she said.

So she did, with the images appearing in the spring 2010 issue of Appalachian Today. She won the Council for Advancement and Support of Education (CASE) Circle of Excellence award for photography. Who knew dendrites could be gorgeous? 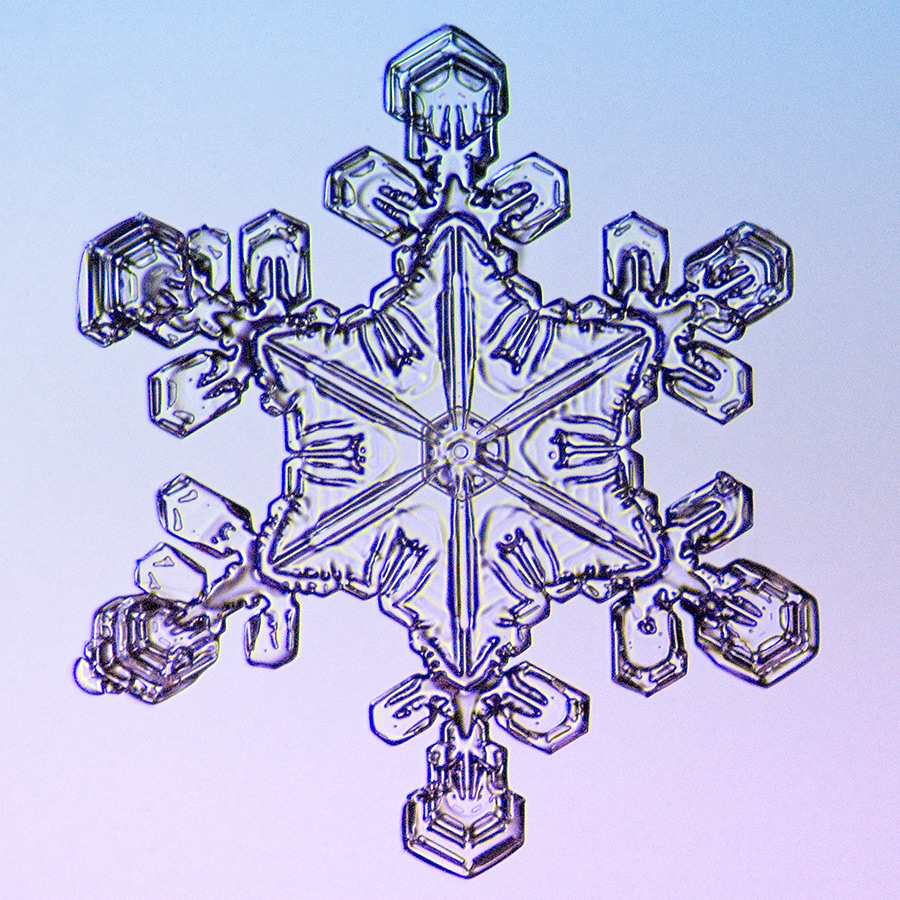 Snowflakes consist of ice crystals that form through the freezing of water vapors, so their shapes represent the temperature and moisture of the clouds from which they fall. These images are of dendrites, snowflakes typical of low-density storms that come from the Northwest. Heavy, dense snowfalls typical of storms that form out of the Gulf of Mexico have more rod-shaped snowflakes. Photos by Marie Freeman