Close your eyes and conjure your typical Appalachia denizen. For many people, the image is likely white, and possibly poor.

Three nationally noted Affrilachian Poets are coming to Appalachian State University for the 2015 Earth Day celebration April 22, and their readings will paint a fresh picture of Appalachia and its culture. The featured artists are Frank X Walker, Ricardo Nazario-Colòn and Crystal Good.

The Affrilachian Poets are an internationally recognized group of writers of color from or with a connection to the Appalachian region. The term was coined by Walker, a former poet laureate for the state of Kentucky. On his web page, Colòn says the Affrilachian Poets are “a writing collective, which has dedicated the last 20 years of its existence, to the aesthetic of making the invisible visible. Part of our work centers around Appalachia and the notion that it is not a racially homogenous region and so we write to help combat this and other stereotypes of Appalachia and hopefully through our poetry we can document the ever evolving culture of the region.”

Two Boone-rooted Appalachian studies graduate students spearhead the event. Their understanding and appreciation of the Appalachian region’s cultural diversity was the impetus to bring these poets to campus – to make the case that all people and places have a voice in sustainability. Willard Cline Watson III and Forest Gray Yerman are passionate about sustainability, the arts and this area. And both want to broaden the perceptions about the complexion and culture of Appalachia.

“In our national narrative this is a homogenous, white, Scotch-Irish area,” Watson, 25, explained further. “We have a consciousness there is only one group here, and that makes the rest of the people invisible. These are incredible non-white artists who are using their personhood as a political force.”

Frank X Walker is a former poet laureate for the state of Kentucky and was the youngest and the first black poet to hold this title. He is a professor of English at University of Kentucky and author of six collections of poetry, “Affrilachia,” “Buffalo Dance,” “Black Box,” “When Winter Come,” “Isaac Murphy” and “Turn Me Loose.” He was awarded the NAACP Image Award in 2014 for “Turn Me Loose.” Learn more 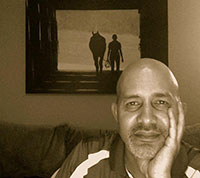 Ricardo Nazario-Colòn, administrator at Morehead State University, has published two collections of poetry, “Of Jìbaros and Hillbillies” and “Recital.” Born in the South Bronx of New York City and raised in the highlands of Puerto Rico, presently he lives and works in the Appalachian region of Kentucky. His first poem was written during boot camp in the U.S. Marine Corps. Both he and Walker are featured in the documentary, “Coal Black Voices.” Learn more 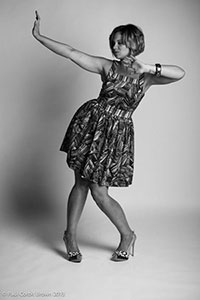 Crystal Good is a master of fine arts student at West Virginia Wesleyan College. She has published one collection of poetry, “Valley Girl,” and is working on her second. Good was recently featured on the radio broadcast “Inside Appalachia” discussing one of her latest works, “Appalachian Blackface.” She read at Appalachian in 2014 and delivered a Ted Talk at the 2013 TedX conference in Lewisburg, West Virginia. Learn more

Why on Earth Day?

Watson, who is currently pursuing his master’s degree in Appalachian studies and is the community outreach specialist in the university’s Office of Sustainability, explained why Affrilachian poets were scheduled on Earth Day:

“We wanted the discussion of culture and identity to be included in the sustainable discourse,” he said. "Often when people hear sustainability, they focus on money, kilowatts or the amount of CO2 in the atmosphere. The economy and environment are critical issues, but none of our efforts to sustain are effective without social justice and equity. If we don’t treat each other right, how can we do right by the earth?””

Yerman, who is working on his master’s in Appalachian studies and intends to pursue his Ph.D. at University of Kentucky where Walker teaches, agreed. “We’ll never have social sustainability without this conversation,” he said. “We intentionally did not schedule this for Black History Month, but for Earth Day – which is global and inclusive of everybody on earth.”

Yerman grew up in and around Boone, in what he described as a stereotypical Appalachian family. His parents were farmers; his dad a carpenter and old-time musician. “My image of Appalachia was white people,” he said, even though for 20 years his dad has been a member of the Mennonite Brethren Church, a predominately African-American church in Boone. “My perception was off. Exposure to these poets and their voices opens our eyes to oppression through exclusion and we learn what we lose when we exclude people.”

“Wind Talker”
Today we stood on the edge of all this
and looked out at so much water, the mountains we crossed
to get here seem a little smaller.

As I watched black fish as big as cabins take to the air
and splash back in the water like children playing
I thought about you, us and if we gone ever be free,
then I close my eyes and pray
that I don’t live long enough to see
Massa make this ugly too.